We Buy Houses in Markham Ontario 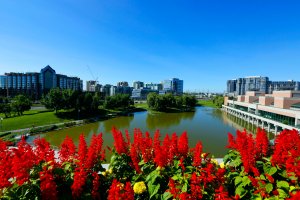 Markham is the largest of nine municipalities in York Region with a population of more than 350,000.
It is the 16th largest municipality in Canada and the 7th largest in Ontario. Its land area covers 211.53 square kilometres, and its geographic location is 43° 53′ N, 79° 15′ W. Markham’s southern boundary is Steeles Avenue. Its westernmost boundary follows Yonge Street north to Highway 7. Highway 7 forms its northern boundary east to Highway 404. Highway 404 now forms its western boundary north to a line drawn between 19th Avenue and Stouffville Road in the north. It is bounded on the east by the York-Durham Line.

Markham is a multicultural community of over 65 cultures and languages. The municipality of Markham is the most diverse in Canada, with 72.3% of its population part of visible minority groups.

It’s a great city and we’re looking to buy houses in or around Markham. Whatever may be your situation, if you want a fast and easy sell, fill out the form here!

If you’re interested in selling your home quickly, easily and completely hassle-free, give us a call today!

Bliss Realty Inc can help you if you are looking to sell a home in the Toronto area, for any reason.

Sell My House Fast in:

I was going through a rough divorce and I wanted the house sold fast. Luc came and made an offer the very same day. I didn’t have to have people come through my house, didn’t have to fix anything and didn’t have to wait 10 days for financial approval, home inspection and appraisal.  They bought my house “as is” that took away a lot of my stress. Thanks Luc!

The bank was about to take our home and we needed to sell quick. I remember your team called and didn’t hesitate to come over and buy my house. You gave us a firm offer and closed 3 weeks later, like you promised. Markets can be slow, but your team made it so easy for me, my husband, and our little ones. Thanks for all your help.

We had some debts and bills to pay and were in a pinch to sell our family home. I emailed I Buy Houses Toronto and they came through the next day and made an offer that helped us out of our situation right away. Couldn’t believe it. Such a relief. Very thankful to have found them at this time in our lives.